Charles River Media Group is a Boston based video production company and studio that specializes in the services below. Make sure to read up on our history including our origins in Boston and work around the world, check out our team, and watch a video all about us. Discover more with the links above and contact us to let us know how we can help you. In 2019 we moved to a larger facility at 73 TV Place in Needham Heights, MA. Check out our studio, offices, and edit suites and  click here to learn how we are able to help during the pandemic!

Whether it’s Learning Experience Design, Evaluation, Consultation or Pre-Production for your media production, our team will work with you whether it’s on paper or on screen.

From live award shows to groundbreaking ceremonies, we film a variety of live events and performances. Stream via Facebook Live, Youtube and private portals. Find out more about our Live Streaming options.

Game of Thrones. Avengers. Star Trek. All these movies were “shot on Red” and our Red camera allows us to film in resolutions above 4K. Check out our case studies.

Our studio in Needham Heights, MA is a great large space with a lighting grid. It is available to rent at an affordable price. Learn about our studio.

We work extensively with agencies of all sizes to assist in the production and post-production of a wide variety of projects for their clients. Read more about our corporate work.

Welcome to Charles River Media Group! We specialize in production and post-production services including corporate communications, television commercials, streaming live events, political, non-profit, and web videos. We have a great studio, photography, voiceover, and talent services and much more. Watch our reel on the left, check out the makings of a studio shoot below, or  view our ‘Who We Are’ video on our vimeo. 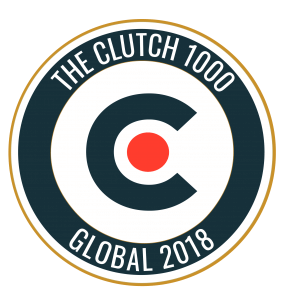 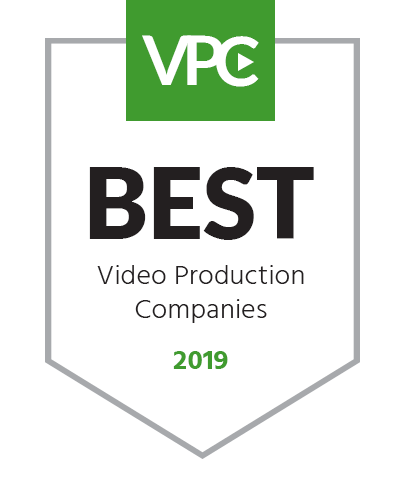 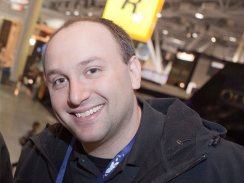 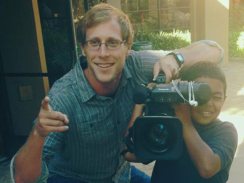 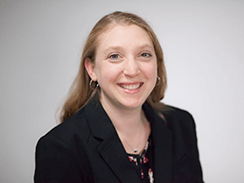 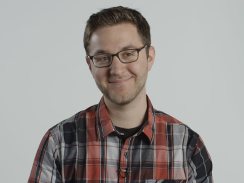 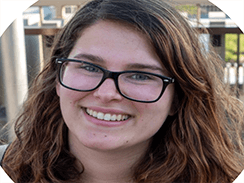 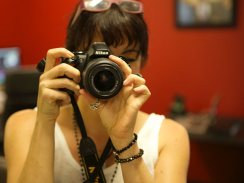 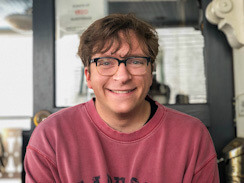 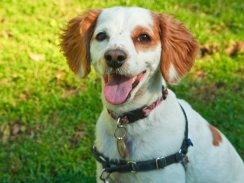 Read more about us here. 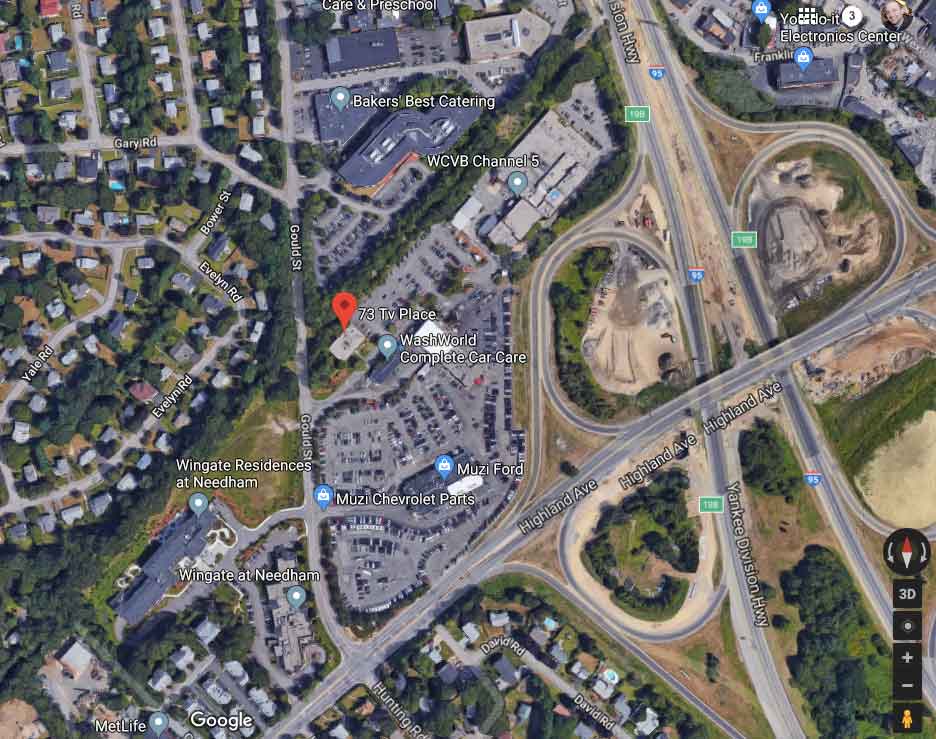 August 20, 2019 – We are thankful to be mentioned as a premier organization in this article about TEDxCambridge’s 4K upgrade at the Boston Opera House.

April 10, 2019 – Starting at noon today, Wayfair began streaming (for 36 hours!) product demos from our brand new studio at 73 TV Place. This is the second year for “Way Day” and you can read more about it at USA Today. We are thrilled to welcome Wayfair on Air to our new facility in Needham Heights. Charles River Media Group provided set design and construction along with our full service production team and control room. Watch now!

April 3, 2019: We are halfway through supporting the MA Gaming Commissions' 3 day event at the Boston Convention and Exhibition Center. CRMG has previously provided both AV and Live Streaming support for the commission both at their headquarters in Boston, as well as at the Mass Mutual Center in Springfield, MA

March 27, 2019: Charles River Media Group was recognized by Clutch as one of the top companies in Boston. From their press release:

As a part of its analysis of East Coast cities, Clutch ranked these 202 companies according to their client feedback, work quality, services offered, and market presence." Read more here:

March 1, 2019: After a nearly a decade in Newton Center we have completed our move to 73 TV Place in Needham Heights. Our new facility boasts a larger studio with grid, tons of free parking in our lot, editing and office suites, along with a conference room, makeup, gig internet, and easy access into the building...and right off of I-95. Our studio is available for rent for video, film, and photo projects and we can support a production office as well if you're working on a film.

Check out our News Archive.

Want to read more? Check out our new archive and blog here.

In 2003, Charles River Media Group (CRMG) was conceived of by Don Schechter as an organization that would foster the independent film and video community of Boston and bring top-level talent together in order to attract more work to the community as well as increase the overall quality of productions in the area.

CRMG’s first multi-year endeavor was the creation of hundreds of short informational videos for About.com on topics ranging from computer software to cooking. These videos have garnered millions of worldwide views and took place during the infancy of digital video on the web. It was this early contract that allowed Charles River Media Group to quickly grow. CRMG’s offices were first located in Revere, MA and later Brookline, MA. A studio was built in place of an old boxing gym in Newton Center where CRMG currently maintained an office, editor and colorist workstations, along with a black-box production studio. Quality of production significantly improved when the Red family of cameras was adopted by the organization.

In 2019, CRMG moved to 73 TV Place in Needham Heights, MA, right off of I-95. Our new (much larger) facility boasts a large studio with cyclorama and lighting grid, offices, edit suites, and tons of free parking.

2019 turned out to be our best year ever! Read all about it here.

2020 started off with a BANG as we finished our acquisition of Fein Productions. Founder Ian Fein joins CRMG as partner and the new Director of Production.

2021 we acquired Sonic Pixel Media one of our long term partners in live streaming and founder Jon Shedler joined as a partner and Director of Engineering.

We had the good fortune to be able to provide the 2nd Unit Director and the 2nd Unit Crew for the documentary Transcendent Man. Produced by Ptolemaic and Therapy, Director Barry Ptolemy’s film about inventor and futurist Ray Kurzweil went on to premiere at Tribeca Film Festival before it’s release. CRMG also provided the photography that was used for the movie poster and DVD release.

Over time, CRMG’s network matured to include a wide variety of producers, directors of photography, editors, colorists, gaffers, grips, audio engineers, makeup artists, animators, photographers, and voice artists. Charles River Media Group has worked in all aspects of production, post-production, and distribution. Clients have ranged from large corporate entities such as the New England Journal of Medicine, Adobe, New Balance, and Pearson to small businesses who require the production and nationwide distribution of television commercials or company profiles.

CRMG has worked with agencies such as Weber Shandwick, Mullen & Co., Dixon Davis Media, and CTP Boston, as well as for political campaigns and governmental organizations including Menino for Mayor, Khazei for Senate, Congressman Delahunt’s Office, The Massachusetts School Building Authority, and Congressman Barney Frank. CRMG’s work has been seen on many television programs including those on ESPN, NHK, NBC, and The Oprah Winfrey Network.

CRMG has an ongoing and mulit-year relationship with ACP Decisions, a non-profit foundation assisting families and patients with video support tools. CRMG has filmed hundreds of videos in dozens of languages and twice traveled to Hawaii.

Harvard University’s Hasty Pudding is one of CRMG’s favorite and most high profile yearly projects. Hasty contacted us after hearing about our multi-year filming of the shows of the Harvard-Radcliffe Gilbert and Sullivan Players. Since 2009, Charles River Media Group has worked with Hasty Pudding to film the roasts of the Man of the Year and the Woman of the Year (along with the Hasty Pudding Theatrical Performances).

To read more about our work with the celebrities of the Hasty Pudding, the production of television commercials, coverage in the Associate Press, or a behind the scenes look with our crew, check out our case studies.

What we can do for you…

Whether it’s a corporate or non-profit profile or communication, television commercial production or placement on a network, live-streaming event, performance, music video, documentary, photography,  studio rental, or crew assistance that you are looking for, please get in touch.